A surge of energy pulsed through my spine as I put out my hand to greet the man in front of me. The way he raised his eyebrows and cocked his head to the side signaled to me that he was feeling a small endorphin rush as well.

It had nothing to do with physical attraction – it was all about the fact that we had just been introduced to each other as fellow vegans. The world around us had melted away, and we were having our own little tribal moment.

Global statistics regarding vegetarianism and veganism are hard to find, and those that exist do not seem to be well documented. On the vegetarian side, estimates commonly range from five to ten percent of the world’s population (including India, which is about one third vegetarian). I think it’s therefore pretty safe to assume that at the most only a few percent of us are full-on vegans. Thankfully, these numbers seem to be increasing, with veganism gaining in popularity in countries as diverse as Germany, China, and Israel.

Despite this growth, the absolute numbers mean that our chances of bumping into another vegan are still relatively low. The likelihood is certainly much greater if we are in a vegan-friendly city or country, and we can always up the odds by heading to a veg restaurant or event (should such an option exist).

Of course, people are drawn to veganism for any number of reasons, and there is no guarantee that just sharing a plant-based diet will mean that two individuals have an instant rapport. For instance, a vegan who is all about the animals may have a very different outlook from someone who is vegan for health reasons. The feeling of kinship is nonetheless consistent, and I think most vegans find it exhilarating to stumble across someone who really “gets” an important part of who they are. Sometimes we follow the prescribed set of topics: our histories as vegans, favorite restaurants, and coping strategies for different situations. It’s true, vegans do tend to really like discussing being vegan, especially if we don’t have many other vegans in our lives. The opportunity to exchange information can also be very valuable, especially in places that are a bit harder on the food front. However, sometimes there’s no need to do the dance – just feeling the connection is sufficient.

Being in the minority can be challenging, no matter what the situation. The issues involved certainly range in magnitude, and in the scheme of things being bombarded by bacon-related posts on Facebook certainly isn’t life threatening (at least to me; it’s a slightly different matter for the pigs). However, sometimes it’s just a drag to feel outnumbered. Discovering that we are not alone in some aspect of our lives goes a long way for our psyches, especially given the need to belong that we as social creatures have.

And that is why I really treasure meeting other vegans in the wild, especially now that I am on the road and no longer part of a more static vegan community. While I embrace being different in many areas of my life, I’ll readily admit that sometimes a little sameness goes a long way. 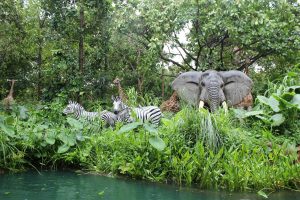