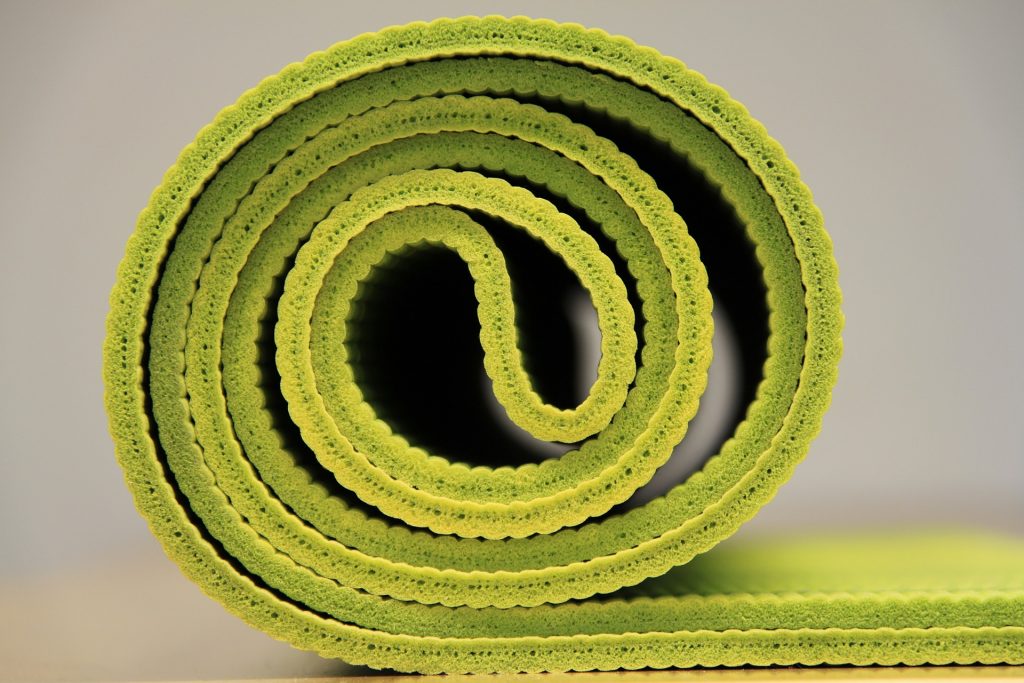 I was having lunch a few days ago with some Cypriots I had just met. One of them kindly invited me to join her on a mountain hike that she and her friends were planning to take. Given the terrain, boots would be a must – and she was aghast when I said I didn’t have any with me. “When you are living out of a suitcase, you have to make choices,” I explained. “I realized I could bring my hiking boots or my yoga mat. And the mat won.”

Apparently, that was the wrong answer.

I spent the next several minutes defending my choice. A yoga mat certainly beats out hiking boots in terms of ease (and cost) of replaceability, especially when you don’t have the world’s most common shoe size; that is absolutely true. However, my decision was based on the assumption that I would get a lot more use out of my mat than I would out of boots. Perhaps more importantly, as my mat represents my own little sacred, happy place, it’s also just comforting to have it with me.

Packing can be a challenge under the best of circumstances. As more and more airlines charge for checked baggage, I think people are beginning to reconsider how much they really need on a trip. The decisions become a little more critical when you decide you’ll be living out of a suitcase indefinitely. For me, the clothing choices were easy, especially seeing as I was starting out in hot and humid Southeast Asia. A stack of nice t-shirts, a couple of pairs of shorts, two summer dresses, a lightweight fleece, jeans, sandals, sneakers, flats, and some socks and underwear rounded out the basic list. Next came a hat, umbrella, sunscreen, small-sized toiletries, plus assorted electronica. As a vegan, I also don’t go anywhere without B-12.

But that’s when things started getting hard.

For some reason, I became obsessed with bringing a swimsuit. This may seem reasonable, until you discover that I can neither swim nor spend more than a few minutes in the sun without frying to an absolute crisp. I think it was more of a statement I was making to myself: I had the freedom to do all of my work poolside, and damn it, I was going to do so. It felt like an important step in renouncing the 9-to-5 lifestyle. Needless to say, after a rather grueling afternoon of shopping (during which I was luckily supported by a very patient friend), I found what I was after. I think I have worn it three times all year.

As an avid reader, I struggled with the book issue. I did have a Kindle, but I was using it more to play games than to actually read. My impulse was thus still to pack a stack of physical books. I finally compromised by bringing one paperback to serve as a backup in case my Kindle ran out of juice on a long flight. I must admit that in the intervening months, I have become a huge fan of Kindle reading. One of my favorite features is being able to check the meaning of words – once a language geek, always a language geek.

Try as I might, I also found it impossible to overcome my obsession with bags. I ended up bringing a large backpack that converts to looking like a suitcase, a smaller backpack that I use as a carryon, an even smaller backpack that I use day-to-day, two cotton shopping bags, about eight different fabric bags that I use for storing a variety of things, two purses, and a large collection of plastic and Ziploc bags. I admit it’s a bit excessive, but the collection has actually proven rather practical. While I could stand to trim things back a bit, the idea makes me anxious – so I will continue to fill my bag with bags every time I pack.

So, what does all of this say about me? A lot, probably. A packing list reveals our habits, likes, interests, and even our neuroses. However, it also says a great deal about our expectations. We pack what we think we’ll need at a particular destination, as well as the person we think we’ll be there. Sometimes the vision matches the reality, but it’s certainly not always the case. People who return from a trip thinking their packing was 100% perfect are probably pretty self-aware (and good about checking weather forecasts). I’m getting there, but I definitely still have a way to go.

On this lovely day, I am therefore not hiking in the mountains; instead I am looking at my yoga mat and grinning. It may not have won your own throw-down – and it may not always win mine – but for now its space in my pack is secure. It’s the swimming suit that may have to go.